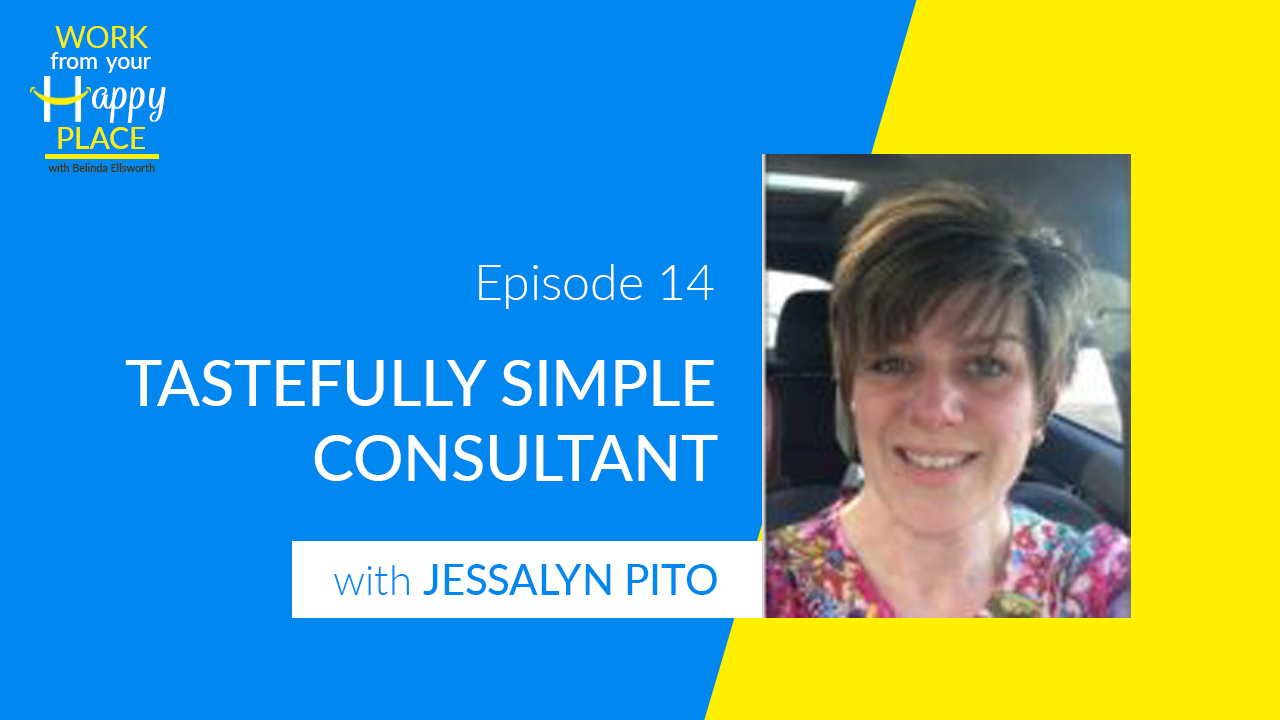 Episode Summary –
Jessalyn Pito comes to us today from Middletown, Ct. She hasbeen in direct sales for 24 years and with her present company thelast 13.She was working full time when she started her direct salesbusiness, however, she was looking for a flexible way to make extramoney to pay down credit card debt she had acquired from being asingle mom with no child support. One year later she was able toquit her job as she had an intentional plan in place to make thathappen.In addition to being able to quit, she earned many rewards alongthe way:First Consultant to reach One Million Dollars in PersonalSales Top National Salesperson 2004, 2005, 2006, 2009, 2010, 2013 Top National Recruiter 2006, 2009 Top National Leader Developer 2010 Top 10 National Sales and Recruiting 2003-2013 Gold Leaf Executive Club 2004-2013, 2015 Leader of a Million Dollar Team 2005-2015 Top National Building Leaders Award at Leadership Conference2005,2008  Jessalyn on FacebookJessalyn’s Tastefully Simple Page