Listen to "11: Three Men and a Tenor - Singing their way to happiness!" on Spreaker.

Three Men and a Tenor – Singing their way to happiness! 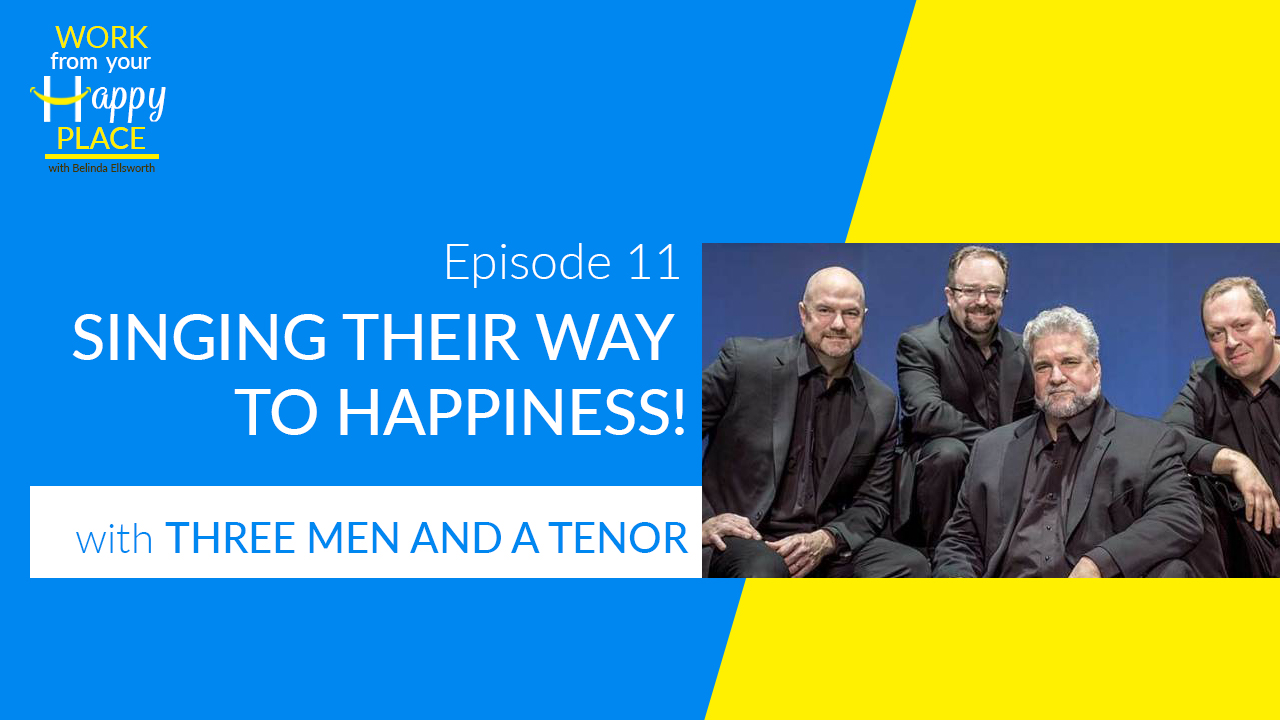 Great pop vocal music, quick witted humor and overall likeability give Three Men and a Tenor a unique style of engaging performance that cannot be matched. The group has performed on stages with Jay Leno, The Beach Boys, Lee Greenwood, Chuck Berry, and Dionne Warwick, and was featured in a national PBS-TV special “Three Men and a Tenor- In Concert” broadcast in Los Angeles, Minneapolis, Boston, Miami, Las Vegas and Nashville. The group was honored as Michigan’s Best Entertainment twice and have headlined national stages, festivals and fairs for over 24 years with a powerful blend of vocal harmonies and feel-good music for all ages.