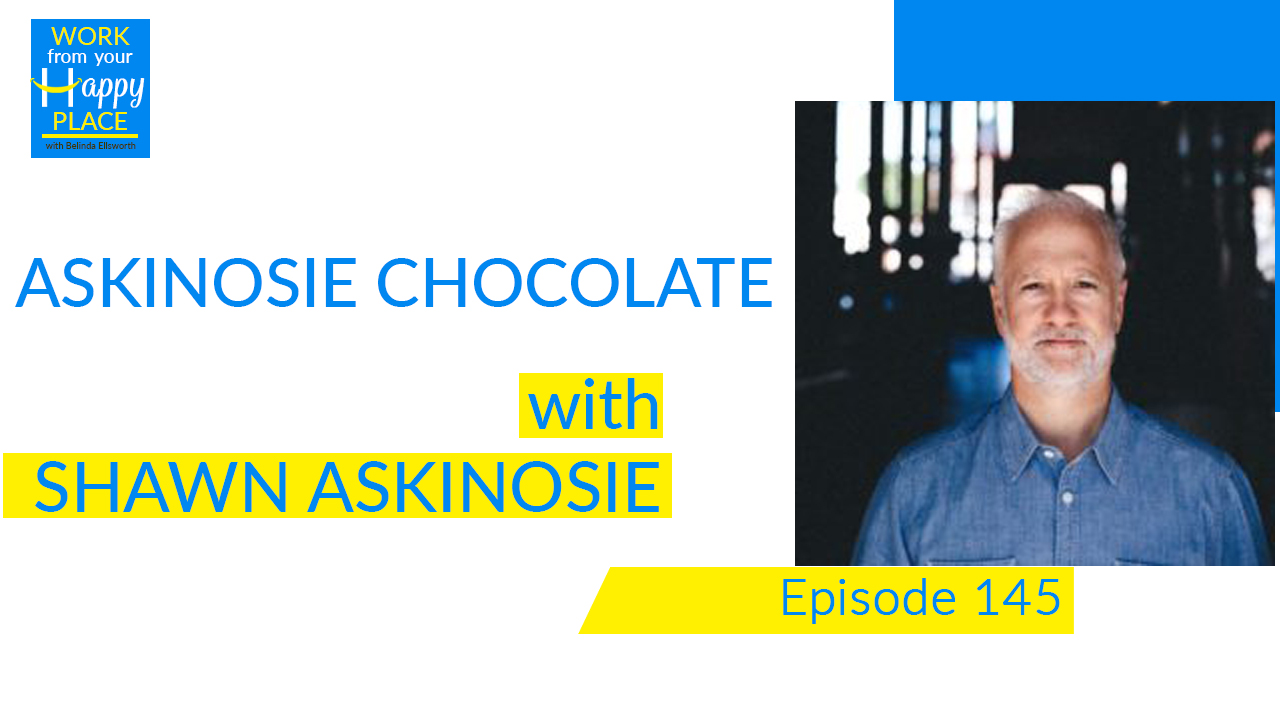 In 2006, Shawn Askinosie left a successful career as a criminal defense lawyer to start a bean to bar chocolate factory and never looked back. Askinosie Chocolate is a small batch, award-winning chocolate factory located in Springfield, Missouri, sourcing 100% of their beans directly from farmers that they profit share with on three continents. Recently named by Forbes “One of the 25 Best Small Companies in America”, Askinosie Chocolate has also been featured in The New York Times, The Wall Street Journal, on Bloomberg, MSNBC and numerous other national and international media outlets. Shawn was named by O, The Oprah Magazine “One of 15 Guys Who Are Saving the World.” He has been awarded honorary doctorates from University of Missouri-Columbia and Missouri State University.

Shawn is a Family Brother at Assumption Abbey, a Trappist monastery near Ava, Missouri and the co-founder of Lost & Found, a grief center serving children and families in Southwest Missouri. His new book – Meaningful Work: The Quest To Do Great Business, Find Your Calling And Feed Your Soul, co-written with his daughter Lawren Askinosie, published by Penguin Random House and a #1 bestseller on Amazon.