Listen to "Believe in Yourself and Celebrate the Process with JOSH GRISETTI" on Spreaker.

Believe in Yourself and Celebrate the Process with JOSH GRISETTI 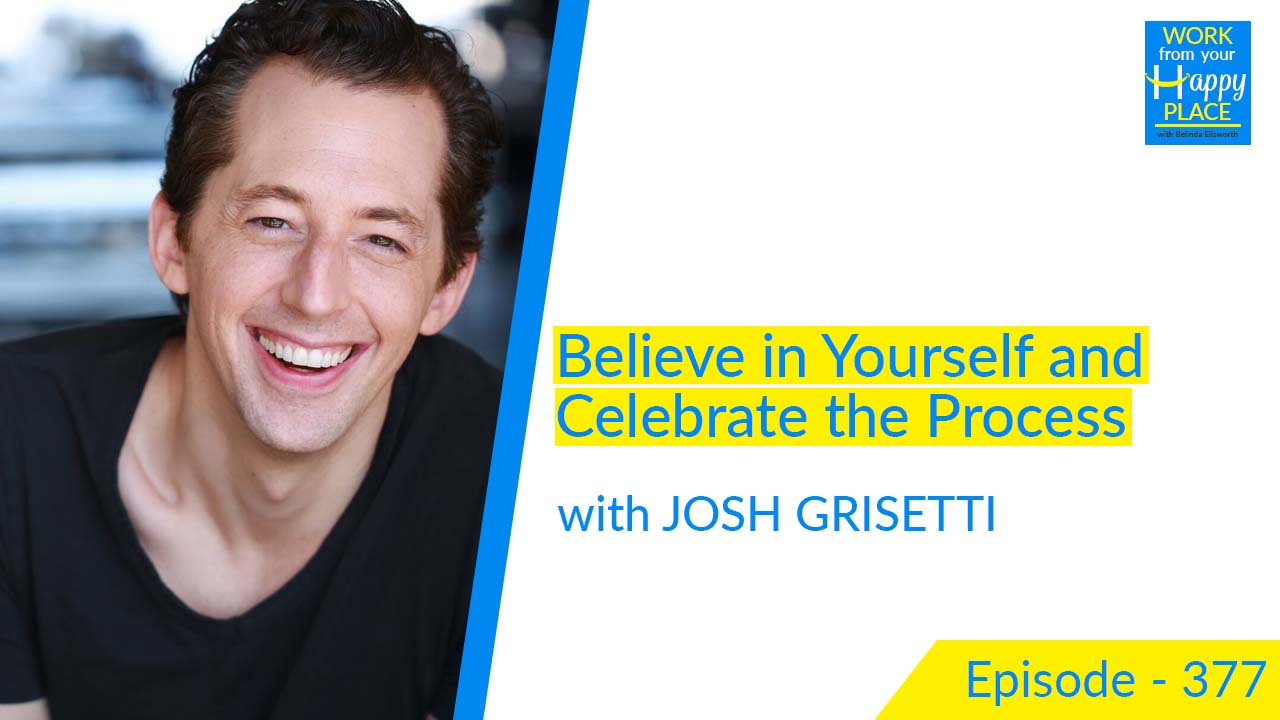 As an actor and artist, how many times have you questioned your skills? How many times have you thought of giving up and doing something else?
Do you feel you are not doing it right?
To be a good actor is not all about the final product; it is about the process.
In today’s episode, Josh Grisetti shares some valuable advice for all the actors, especially young actors, about embracing the process of becoming an excellent artist.

“As an artist, our job is to simply engage and celebrate the process.”

Snapshot of the key points from the episode:

[01:47] Josh shares his journey on how he started as an actor.
[04:28] The importance of exploring other areas of acting as an actor.
[08:45] Josh shares one of his greatest accomplishments.
[10:31] Josh shares some of the funny events he has experienced on a live theatre.
[12:04] Josh’s philosophy on how to build & engage your fan base on social media.
[16:04] What is the “natural fear of not being enough” which every young actor needs to overcome?
[20:26] Josh’s story in how he became a best-selling author from being an actor.
[27:03] How has Josh navigated the business side and the creative side as an actor?
[34:05] What does working from a happy place means for Josh?
[35:49] Josh’s advice for those who are just starting to build their career in acting

As a performer, Josh originated the title role of “Marty Kaufman” in It Shoulda Been You on Broadway (for which he won the 2015 Clarence Derwent Award and was nominated for the Drama Desk and Outer Critics Circle awards); he also starred in Broadway’s Something Rotten! and Neil Simon’s revival of Broadway Bound, and starred in many Off-Broadway and Regional shows.

On screen, Josh starred in the ABC sitcom The Knights of Prosperity, and his major film credits include The Immigrant, Revolutionary Road, The Namesake and others.

Josh currently serves as Assistant Professor of Musical Theatre at California State University Fullerton, and authored the book, God In My Head, an Amazon.com #1 best-seller in “Spirituality and Religious Psychology”.

Belinda Ellsworth is a Speaker, Trainer, Best-Selling Author, and Podcaster

She has been a professional speaker, mover, and shaker for more than 25 years. Having built three successful companies, she has helped thousands of entrepreneurs make better decisions, create successful systems, and build business strategies using her “Four Pillars of Success” system.

Belinda has always had a passion and zest for life with the skill for turning dreams into reality.

Over the last 20 years, she has been expertly building her speaking and consulting business, Step Into Success.