Listen to "Leveraging your Superpowers to Succeed in Theatre with Erica Schwartz" on Spreaker.

Leveraging your Superpowers to Succeed in Theatre with Erica Schwartz 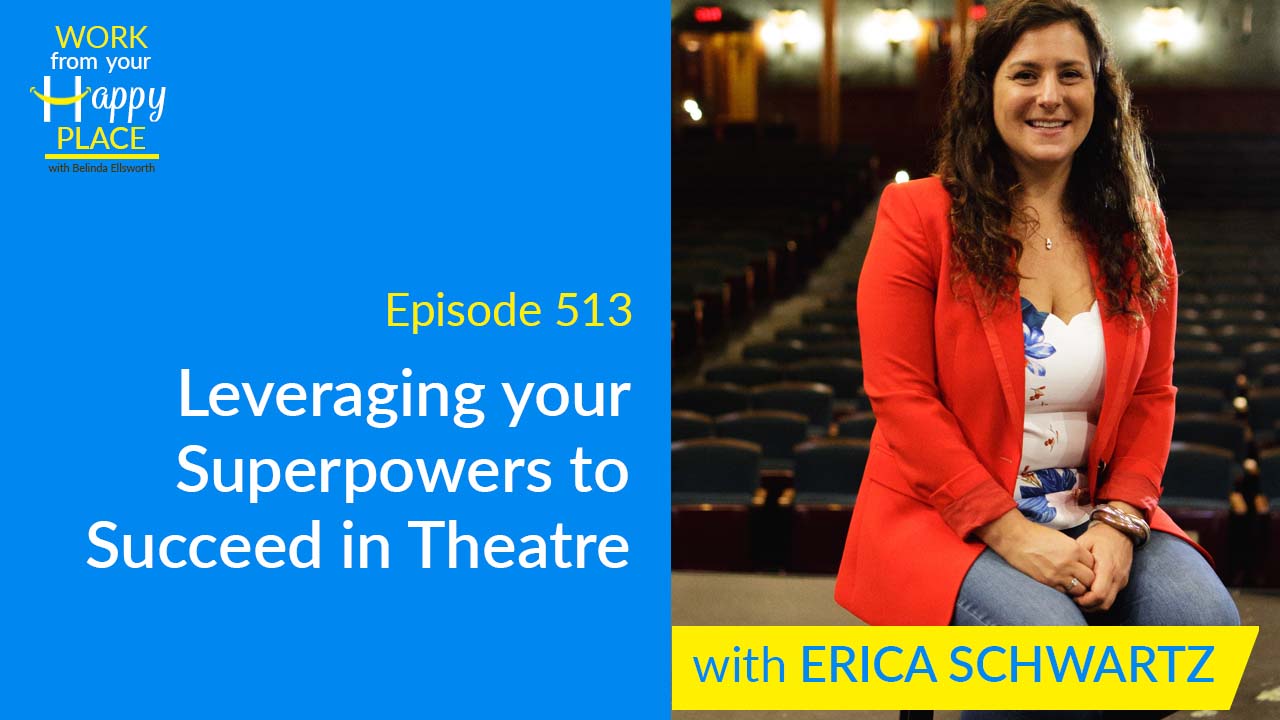 Success in the theatre industry rarely happens overnight. Most people in live entertainment started as performers in high school or college, and then they developed their skills through their journey. When you see an artist who commands authority with their work, they have gone through years of refinement, leveraging other people and their unique superpowers. This episode is for you if you are passionate about following this path to your happy place.

Two key success factors in the theatrics and entertainment industry are relationships and experience. Running a concert alone is impossible, so you need a team. You must learn effective communication, conflict resolution, and how to work with different personalities. Long-term success is related to your experience. Have a teachable spirit and be willing to learn from others who are better than you. Don’t get discouraged when you make mistakes because that is how you learn. The more mistakes you make, the more you will learn and the better you become. Mistakes are what lead to experience.

In this episode, Erica Schwartz shares her journey in theatre, lessons she has learned, and how she has been able to rise through the ranks to become the Vice President of Theatrical Programming for Ambassador Theatre Group – North America., and a two-time TONY Award winner. Erica has some information and insights to help you navigate the murky waters of the entertainment industry.

Snapshot of the Key Points from the Episode:
[02:28] A bit about Erica’s theatrical background and her current position in the theatre industry.
[09:54] Erica’s largest project that she’s always proud of.
[12:55] The superpowers Erica credits with helping her navigate through this industry.
[17:45] Relationship-building techniques in the entertainment industry.
[26:33] How can college students make the best of their time to prepare themselves for building their career the theatre industry? And, what are the first steps toward building that career?
[35:22] Is it a smart idea to get an agent immediately?
[39:44] What does working from your happy place mean to Erica?

About Erica Schwartz –
Erica is the Vice President of Theatrical Programming for Ambassador Theatre Group – North America. She is a two-time TONY Award winner as a Co-Producer on Moulin Rouge: the Musical and David Byrne’s American Utopia. Prior to her current role, she was the General Manager for the Emerson Colonial Theatre in Boston, Massachusetts, overseeing all operations and programming.

Erica’s love of theatre began in her teens, thinking she would be a performer. In college, she learned that there was a whole other side to live entertainment behind the scenes. She focused her studies on Directing, leading to a career in management and producing, diving into all aspects of live entertainment.

How to connect with Erica Schwartz: